– Join the Hakluyt Society on www.hakluyt.com –

Now entering its 170th year and with around 335 volumes under its belt, the Hakluyt Society established long ago a reputation for publications of exceptional scholarship. Unlike many other societies of its genre which started life in Victorian London, the Society succeeded in retaining its identity into the 21st century and continues to thrive through the efforts of a small but dedicated team of officers and editors. 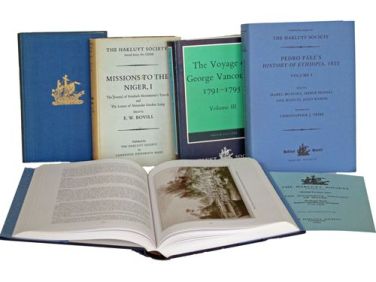 Its volumes, often drawn from forgotten manuscripts languishing deep in the archives, frequently represent the only accessible source of information on the material they describe, and it is beyond doubt that our awareness of the history of travel and exploration would be very much diminished had it not been for the efforts of the Society.

A complete list of Hakluyt Society publications can be found on the Society’s website, and (up to 1995) in the book Compassing the Vaste Globe of the Earth, edited by R. C. Bridges and P. E. H. Hair. However, the brief résumés given in these resources, often amounting to just a single sentence, meant that navigating the vast wealth of information contained in these volumes is often overwhelming. In view of this, the late Dr Bernard Stonehouse suggested that, as an aid to researchers, the Society should introduce a series of study guides for free public download, each of which covering a particular geographical region. These would be written voluntarily by specialists in the field and would provide a detailed synopsis of each volume together with background information. If needed, a critical appraisal of the book in the light of modern scholarship should be included, as it must be acknowledged that some of the Society’s early translations were rapidly turned out by over-ambitious editors with insufficient regard to accuracy and style. 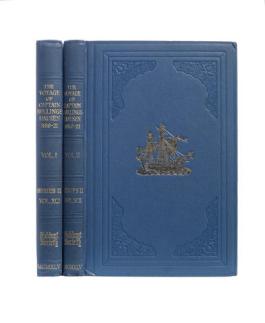 The major challenge is one of overlap, particularly with regard to voyagers who passed through multiple regions. In such circumstances it was decided that authors should focus on the traveller’s contribution to knowledge of the region concerned. So far, three guides, covering South America, the Arctic, and the Southern Voyages and the Antarctic, have been completed and are available on the Society’s website, while guides to Africa and India are currently in preparation. Although differing in emphasis and content, and bearing the personal stamp of the author, they have been typographically edited to ensure uniformity of lay-out.

There is no doubt that our authors have enjoyed writing these guides, and it is hoped that you will gain equal satisfaction from reading them. Authors for the remaining guides, who may be any members of the Society with specialist knowledge, will be warmly welcomed.

Ray Howgego is a traveller and writer who has followed explorers’ tracks through many parts of the world. A Fellow of the Royal Geographical Society, his books include The Book of Exploration; a biography of the traveller Gertrude Benham; the five-volume reference Encyclopedia of Exploration; the Historical Encyclopedia of Atlantic Vigias; and (as editor) the Illustrated Atlas of Exploration. He is an officer of the Hakluyt Society and editor of the Society’s Journal.

Founded in 1846, the Hakluyt Society seeks to advance knowledge and education by the publication of scholarly editions of primary records of voyages, travels and other geographical material.

Membership of the Society is open to all and is strongly recommended to everybody interested in the history of exploration and travel, exploratory voyages, geographical discovery and worldwide cultural encounter.